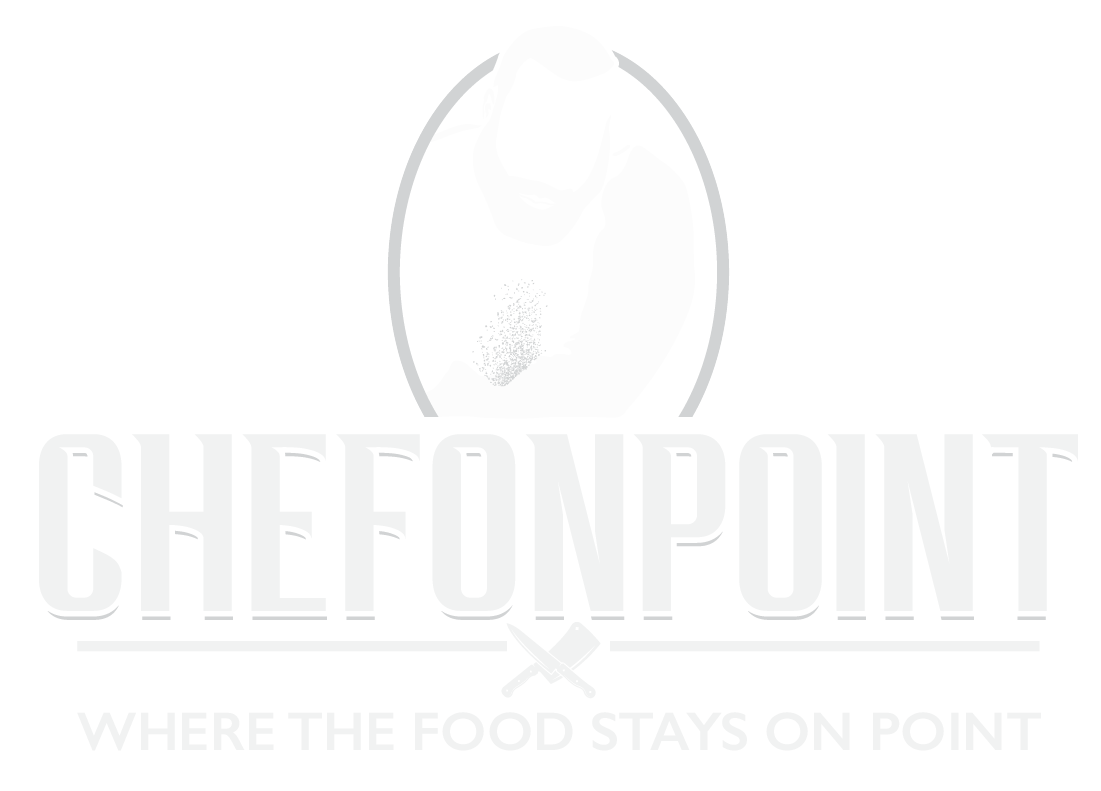 We offer you fresh quality food that is in season. We cater to your needs and wants. Business and Private Dinners and Corporate Lunches. Chefonpoint shops,cooks and cleans your kitchen as a provided service.

When you cater with chefonpoint where the food stays on point we give you a flare for New York City and Caribbean influenced foods. We offer you fresh quality products that are seasonal and vibrant.

It varies to the needs and wants of the client. We offer you foods that you know and love and we clean it up. We also have keto, paleo diets where we use macro measurements and we weigh your food for your specific diet. We also cater to Athletes who are looking to maintain, lose and bulk in weight. 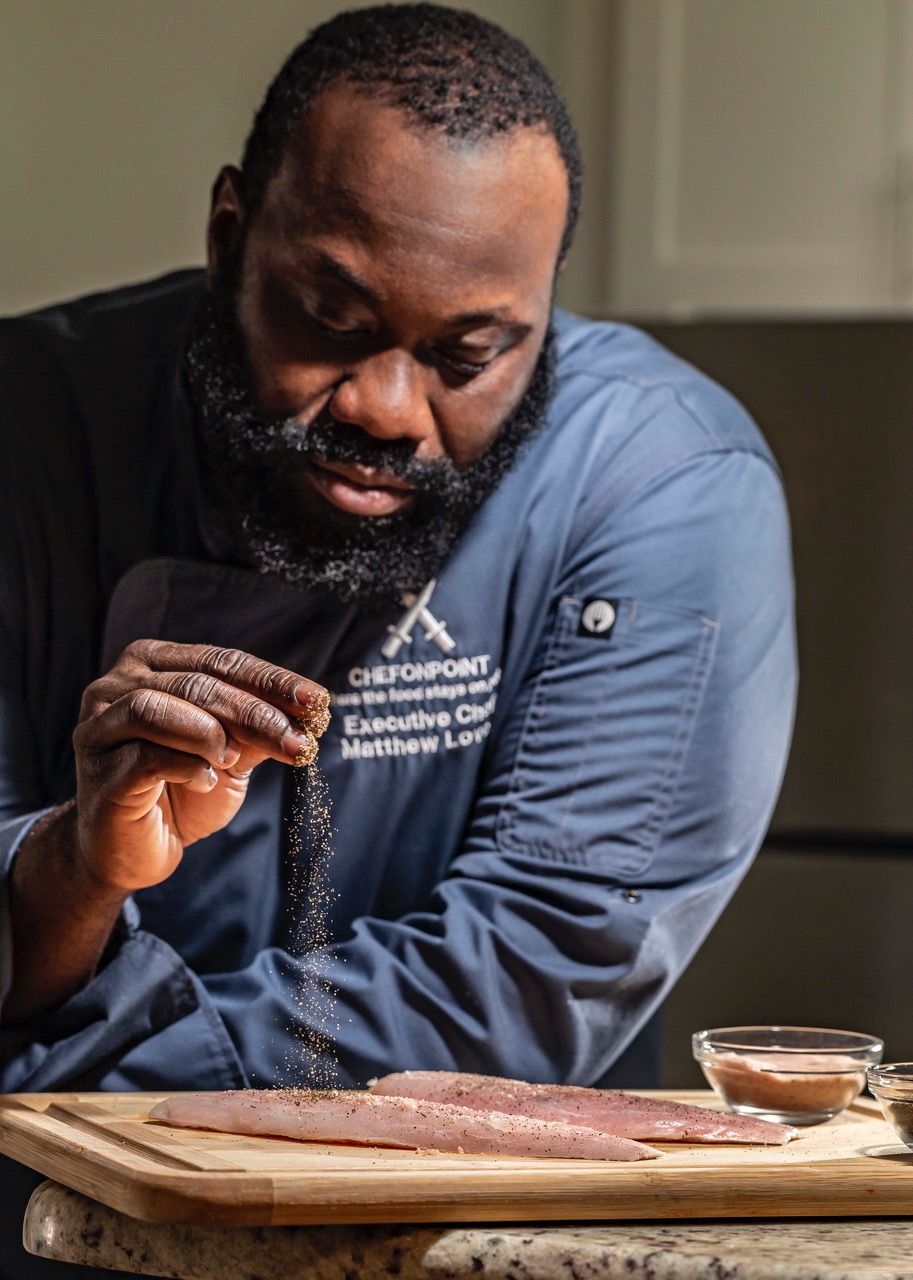 A Native of Brooklyn, New York, Chef Matthew Lovell has been cooking up creative and delicious dishes in the New York and Tampa Bay Area for over 10 years. His interest in cooking began as a child with an influence from his native heritage. Chef Matthew aspired to show the world his creativity. He enrolled in Star Career Academy in New York City and embraced his new career path with passion. After graduating, Chef Matthew took an internship at Rockefeller University where he obtained a position as a cook. Here, he refined a set of French techniques under direction of Chef William Miles in fine dining and catering.

In 2015, Chef Matthew relocated to Florida and began work as a Sous Chef at Florida College in Tampa. His ability to create and reinvent new dishes on the fly is one of his strong suites. His array of knowledge with innovating culinary techniques and most importantly business aspects of the culinary industry displays his passion and skills.

In 2018, Chef Matthew became an entrepreneur and opened a meal prep and catering company called Chefonpoint™️. He has prepared meals for many professional athletes throughout the country. Noah Spence and Devin White are notable NFL players he has cooked for including countless others. In addition, Chef Matthew has been featured in multiple magazines such as ESPN, Tampa, and Revived Magazine. Chef Matthew enjoys the challenges of being creative, innovative, and pleasing those whom he has the pleasure to cook for.

We Believe In Food That Tastes Incredible 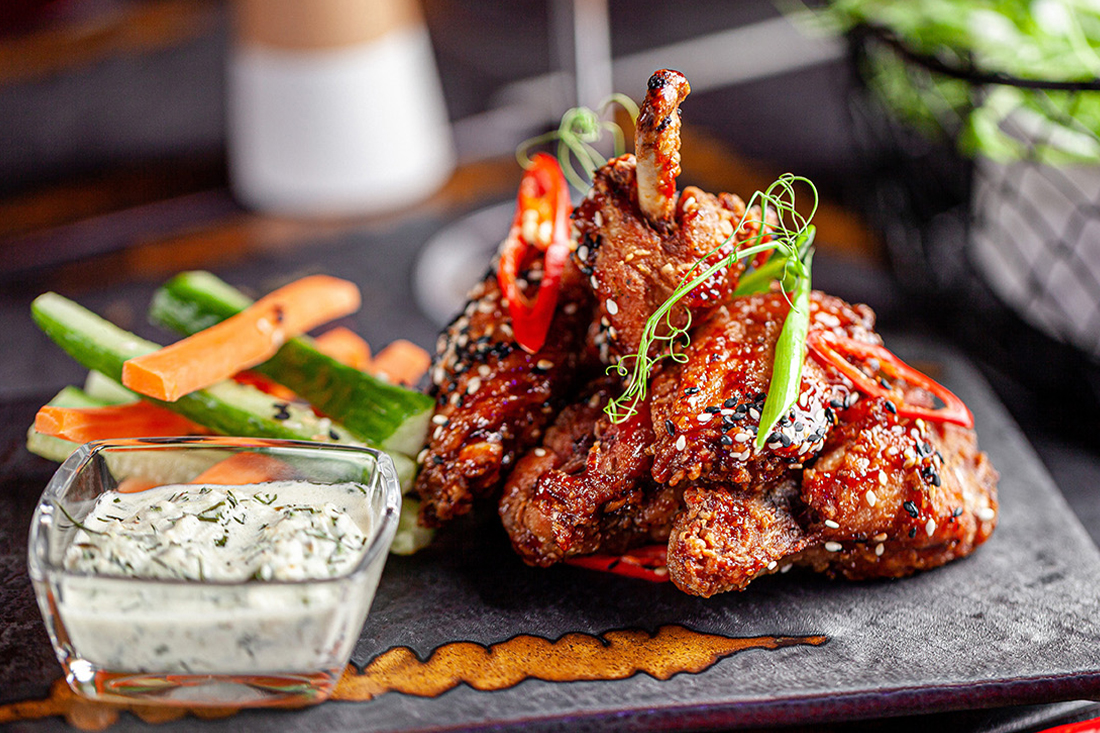 with a Creamy Sauce. 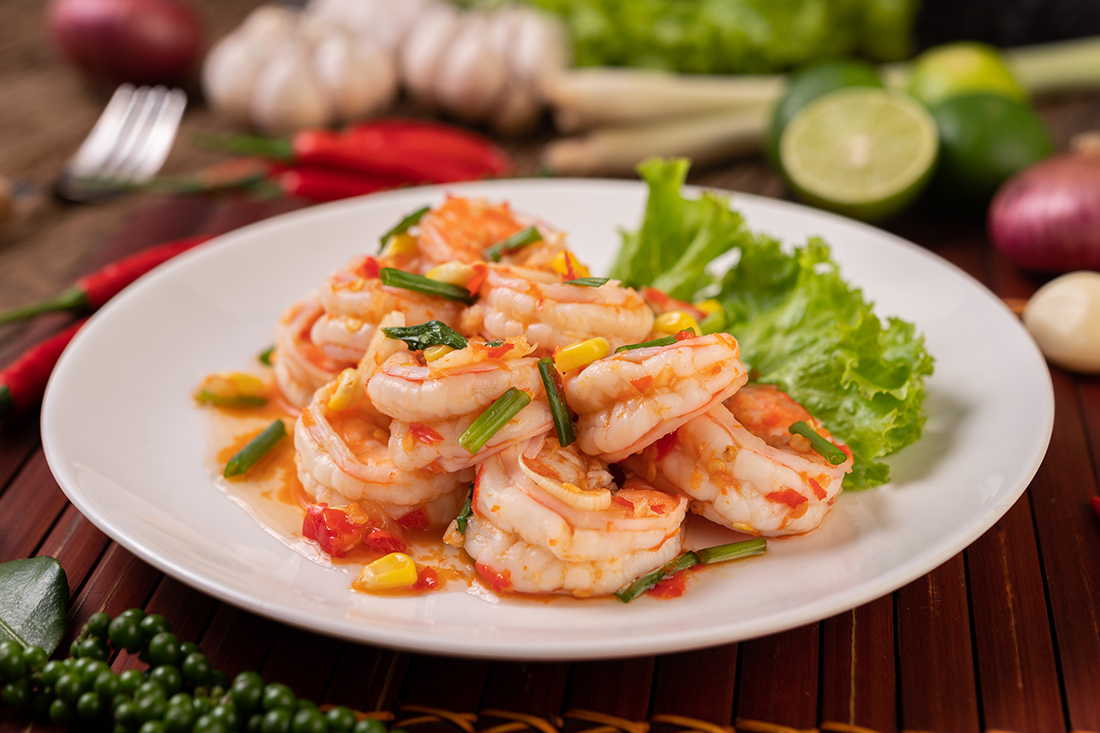 with a white wine butter sauce. 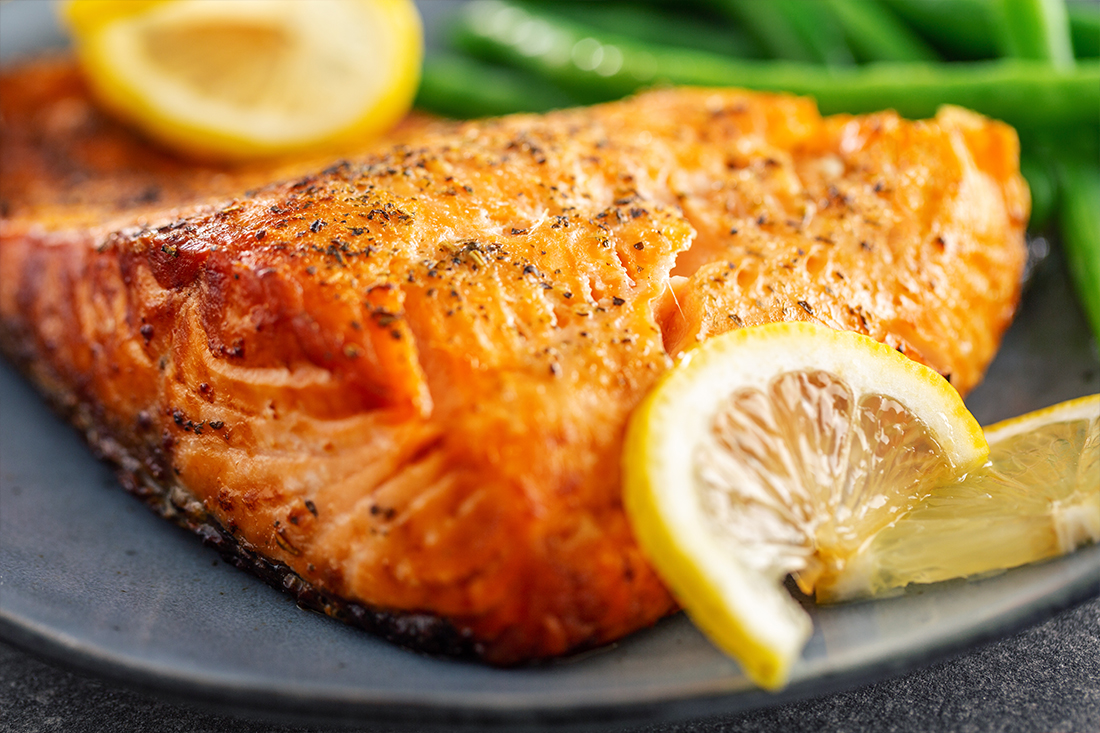 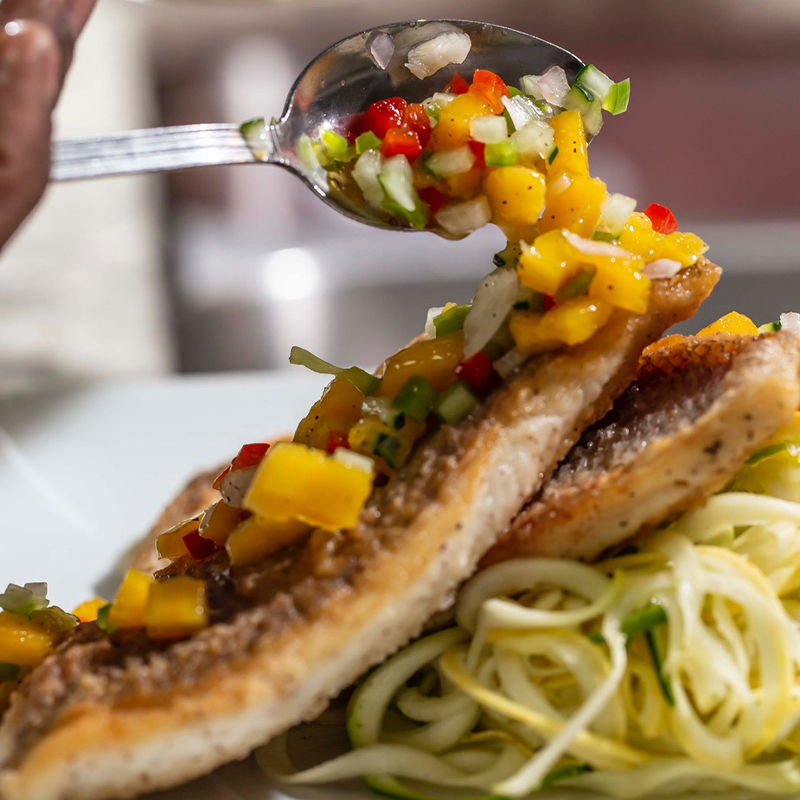 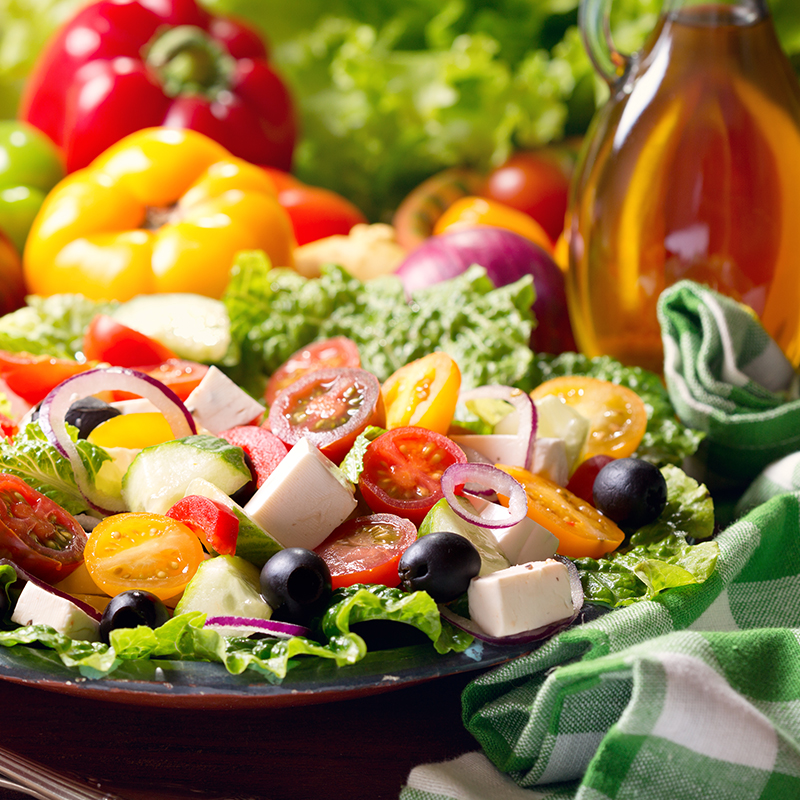 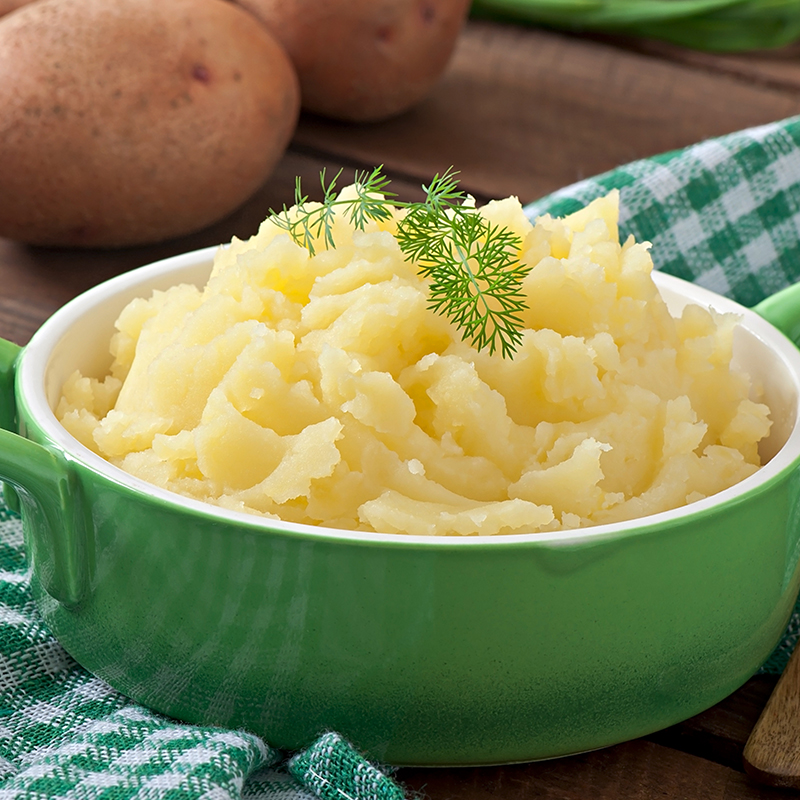